So, you think you know your dog.  But how well does your dog know you?  She probably recognizes you when she sees you, but can the dog tell by simply looking at you whether you have a happy or an angry expression on your face?   Researchers have taught pet dogs to know the difference.
A new study indicates dogs can learn to distinguish a smile, even on the faces of some strangers. 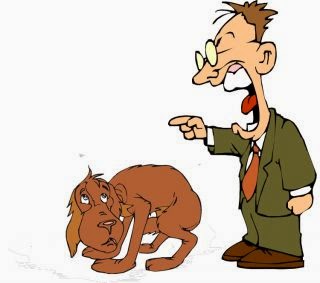 For the first time ever, researchers have established that dogs can tell the difference between angry and happy human faces. Dogs may have developed the skill during their domestication by humans, according to a study published today in the journal Current Biology. The study also suggests that dogs had memories of what the expressions looked like and were able to associate them with the appropriate emotions.
“Our study demonstrates that dogs can distinguish angry and happy expressions in humans, they can tell that these two expressions have different meanings, and they can do this not only for people they know well, but even for faces they have never seen before,” study co-author Dr. Ludwig Huber, head of the University of Veterinary Medicine, Vienna’s Messerli Research Institute in Austria, said in a written statement. 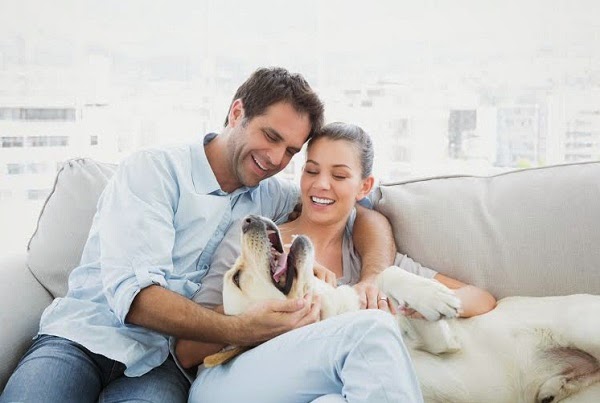 In the study, nine dogs (mainly Border Collies) were shown sections of pictures of sad and happy human faces on touchscreens. One group of dogs was trained to touch the happy face to receive a treat while the other group was trained to touch the angry face. After the training period, the dogs were able to select the correct face with a 70 to 80 percent accuracy, explains lead author Corsin Müller, a cognitive scientist at the University of of Veterinary Medicine in Vienna, adding that the emotions being tested had been selected because they were “quite relevant for the dogs.” “They seemed to realize that the smiley eyes have the same meaning as a smiley mouth and angry eyes have the same meaning as an angry mouth,” Müller says.
Whatever the reason, it’s not so surprising that dogs can tell facial expressions apart, Müller says. “Because they spend so much time with humans, they have a lot of opportunities to see human expressions.”
Müller plans to pursue that question, and to look at whether domestication played a role in the ability to read human expressions. For that study, the biologist plans to test species such as cats, pigs, and hand-raised wolves.  Muller says future work will try to determine whether dogs can learn the meaning of certain expressions – for example, whether a scowl indicates a person is angry.
The findings, published in the journal Current Biology, provide the first solid evidence that we are not the only species that can read another species’ body language.
Total
0
Shares
Share 0
Tweet 0
Pin it 0
Share 0