We all know dogs are man’s best friend, but which breeds are the most loyal dog breeds? All dogs are loyal and have the capacity to show great loyalty, but some may have stronger instincts for loyalty than others. Throughout history, there have been numerous stories of dogs displaying great valor in order to protect, save or remain alongside their owners. 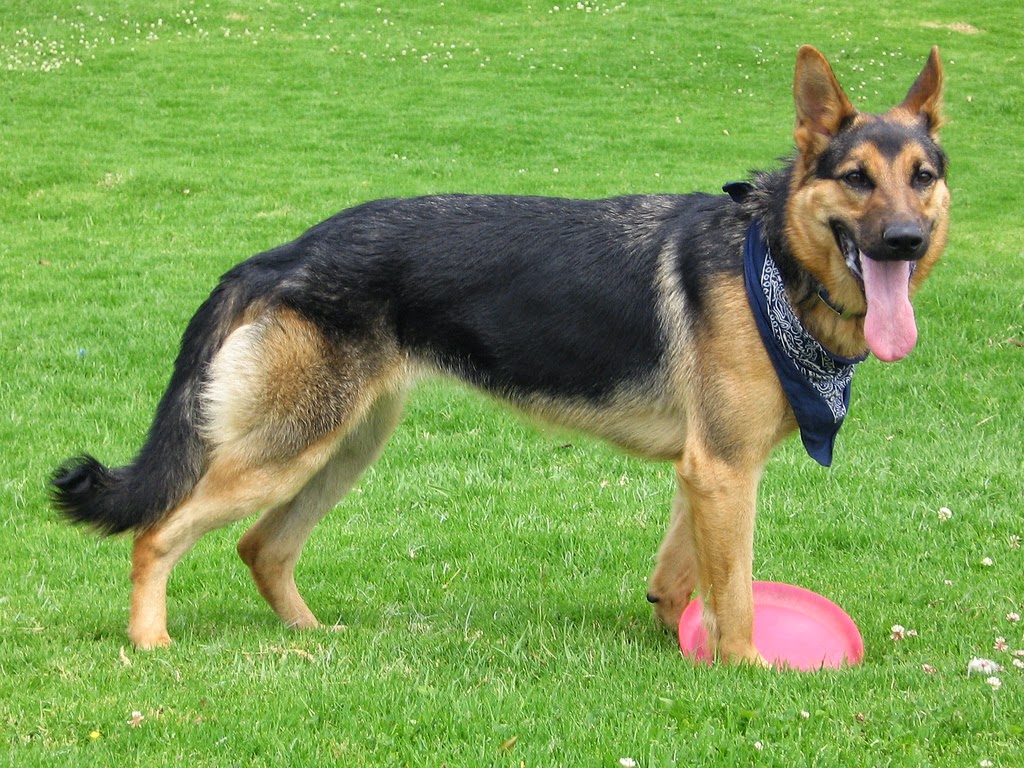 German Shepherd – The German Shepherd Dog is hailed as the world’s leading police, guard and military dog, however, this dependable breed is more than its 9-to-5 job. Consistently one of the United States most popular breeds according to AKC Registration Statistics, the German Shepherd Dog is also a loving family companion, herder and show competitor. The breed is approachable, direct and fearless, with a strong, muscular body. The GSD may be most colors, but most commonly is black and tan. – source. These dogs have done anything from save soldiers, police officers, rescue children from fires, you name it.
Story of Loyalty: One family avoided being robbed, and possibly even worse, because of their German Shepherd, Moti’s bravery! Moti jumped into action, barking and trying to protect his family when man with a gun broke into the family’s home. The intruder shot Moti and, rather than continue with whatever misdeeds he had planned, fled the home, leaving the family safe. Moti fully recovered from his gunshot wound, but his family will not likely soon forget his heroism that night. 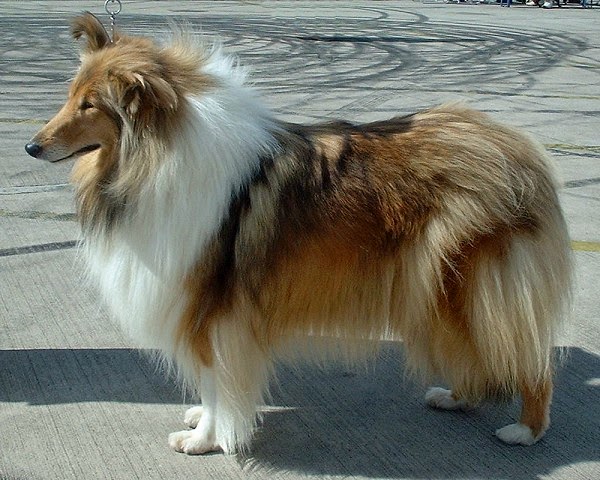 Rough Collie- Rough Collie is a breed that hails from Scotland. These dogs are known to be very loyal and nice to their owners. The intelligence and activeness found in these dogs is supposed to create a strong bond between them and their owner. They are quite protective about their owner and save them from all the adverse circumstances. These dogs are often termed as family dogs, because of their friendly nature and the ability to play with children. These dogs generally suffer from the ailment of eye disorders; such a problem is witnessed in this breed quite often.
Story of Loyalty:  Sassy, a Rough Collie, is a therapy dog with some pretty amazing skills. In addition to being trained to perform typical tasks for a therapy dog, Sassy is able to tell if someone is going to have a seizure using her sense of smell. A family is hoping to adopt Sassy for their son who suffers from an unusual form of epilepsy, which can cause him to have several seizures a day. 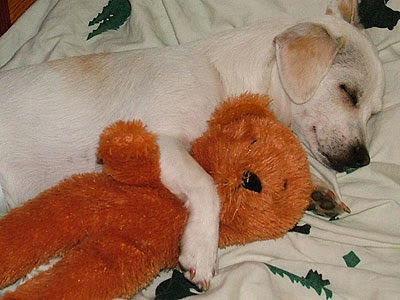 Beagles– This breed of dogs is commonly used by the security people because of the ability of this breed to sniff well. The origin of this breed is Great Britain. They have been used in many references in article dating back to ancient Greece period. These dogs are very friendly and gentle. The attachment they show to their owners makes them one of the most loyal dogs.
Story of Loyalty: When her diabetic owner had a seizure and collapsed, a Beagle named Belle jumped into action. She dialed 911 for her owner by biting into his cell phone so he was able to get the medical attention he needed. 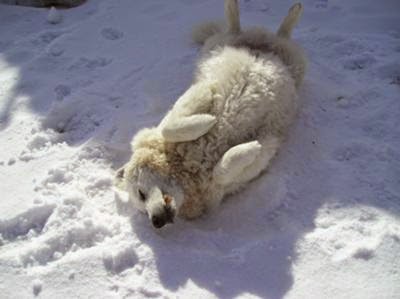 Kuvasz– This breed hails from the Hungarian lands. The initial use of this breed was to safeguard the livestock of farmers. It is just recently that these dogs have emerged to be house pets. They are highly intelligent and understand the signals of their owner well. They like having attention around them. The built of these dogs makes them good guards of their owner.
Story of Loyalty: Due to his size and strength, a Kuvasz named Pilot is the perfect companion and assistant for his owner. His owner is unable to lift or carry anything that weighs more than five pounds due to injuries she sustained to her neck and shoulders. He helps his owner perform tasks she otherwise would be incapable of performing. Pilot brings laundry up from the basement and pulls the grocery cart, among other tasks. When his owner, who also suffers from dizziness and chronic pain, has a dizzy spell, Pilot is right there for her to lean on so she never has to worry about falling and injuring herself. 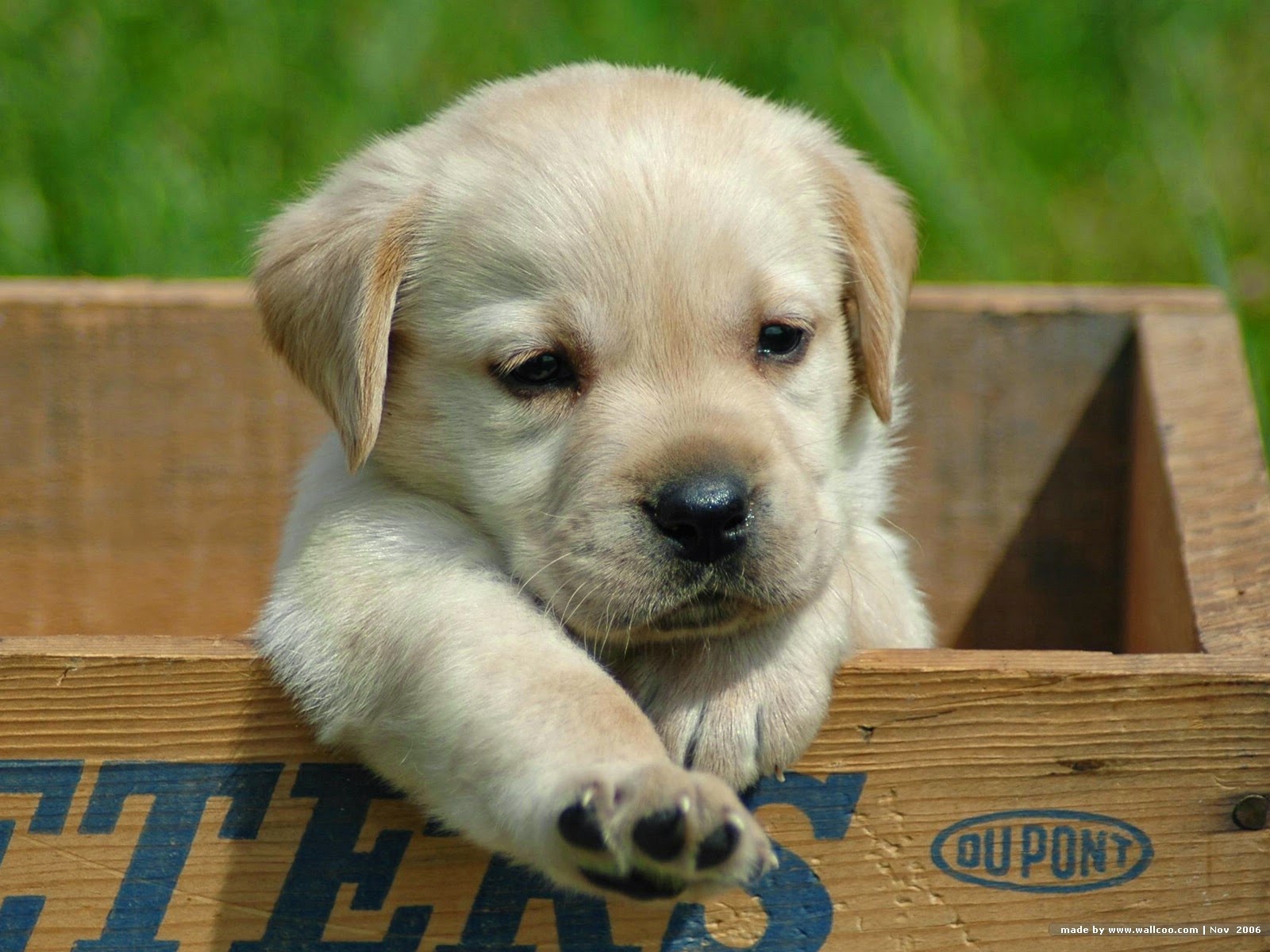 Labrador Retrievers– They hail from the east coast of North America. This breed is known for its happy nature and great energy levels. The friendly nature of this breed with the owners make it the most suitable and loyal breed of dogs available in the market.

Story of Loyalty: A Labrador Retriever named Patty saved her owner from drowning, and possibly hypothermia, after their boat capsized in freezing waters. Patty swam an unknown distance through a strong current, with her owner holding on to her tail, to get them to the safety of dry land where they waited to be rescued. 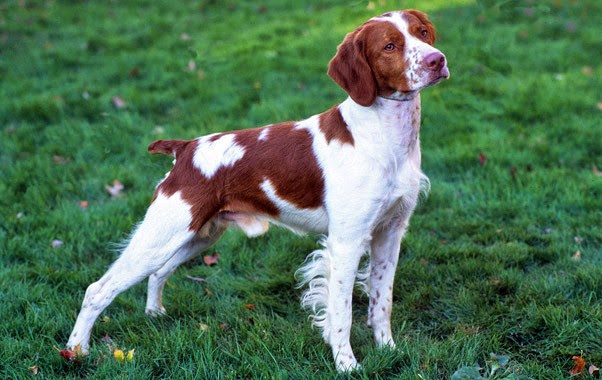 Brittany- This breed is the produce of Brittany region of France. These dogs were originally assigned the mission of bird hunting. They are easy to handle and they train easily with the trainers. They have a good nature. They like being pampered by people and are the most loved breed in France.
Story of Loyalty: In the middle of the night, a couple was awoken by their Brittany, Cooper’s barks. Upon looking out of a window, Cooper’s owners saw that both of their vehicles had caught fire and were burning in their driveway. The flames got dangerously close to spreading to the house through a tree in between the drive and the house itself. The family believes that Cooper saved their lives! 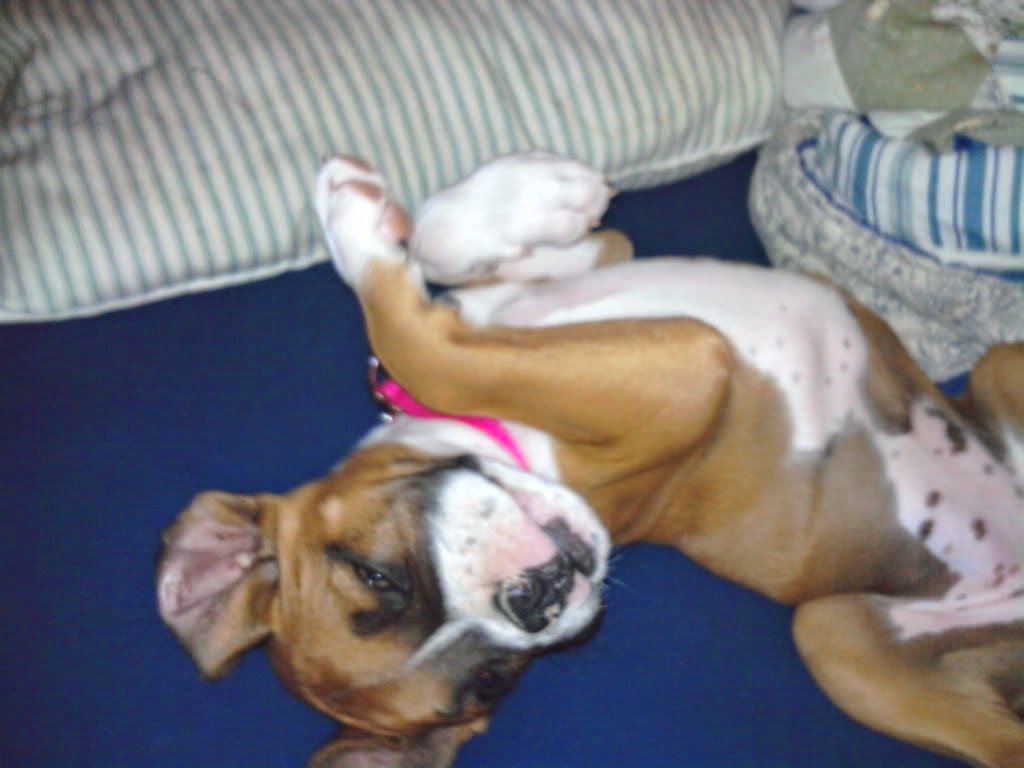 Boxers– This breed hails from Germany and they are known for their kill mode. They are dangerous dogs with incredibly strong jaws. They are used to hold the board or deer until the hunters make an appearance. They are ruthless to the opponent. However, they can be very sweet-natured towards the family. They are lovely to the owner and like to go for outdoors in order to keep fit and to do leisure activities.
Story of Loyalty: After somehow falling off of a 200-foot cliff, Roxy, a Boxer, waited for eight days with her owner, who was killed by the fall. Upon being located, it took the man’s daughter several attempts to get the dog to leave her owner’s side. Dachshunds– They also have roots in Germany. Because of the long length of body, these dogs are often referred as the hot dogs. They are commonly used to hunt rabbits and other prey on the basis of their strong jaws and energy-bound legs. These dogs like to play with the family members. The love for outdoors is seen in this breed too. The attachment they show towards the owner is incomparable.

Story of Loyalty: When JoJo, a Dachshund, kept leaving their sleeping daughter’s room and trying to get their attention, his owners knew something was up. As they checked their daughter’s room, they found the wall behind her bed to be giving off a lot of heat. It turned out that an outlet was incredibly close to catching fire. Not only did JoJo save the girl from potential harm, he saved his family’s home! 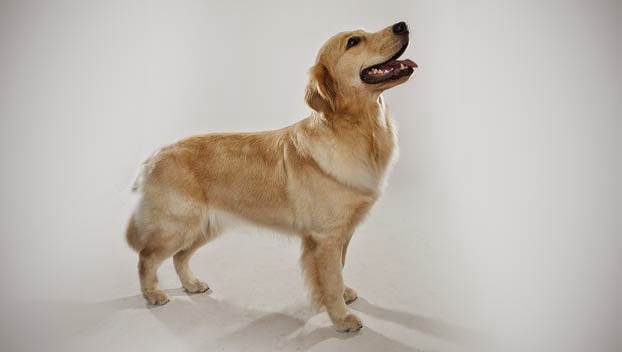 Golden Retrievers– Hailing from the greens of Scotland, this breed of dogs is used for the retrieving game. They are quite happy to play with people and do not like to be alone. The patience practiced by them is often admirable. They are often considered as a family dog and never falsify this statement.
Story of Loyalty: A Golden Retriever named Toby saved his owner from choking on an apple. She performed a sort of dog Heimlich maneuver, by jumping hard onto his owner. The force of Toby’s paws hitting his owner’s chest knocked the piece of apple lodged in her throat loose so she could breath again. 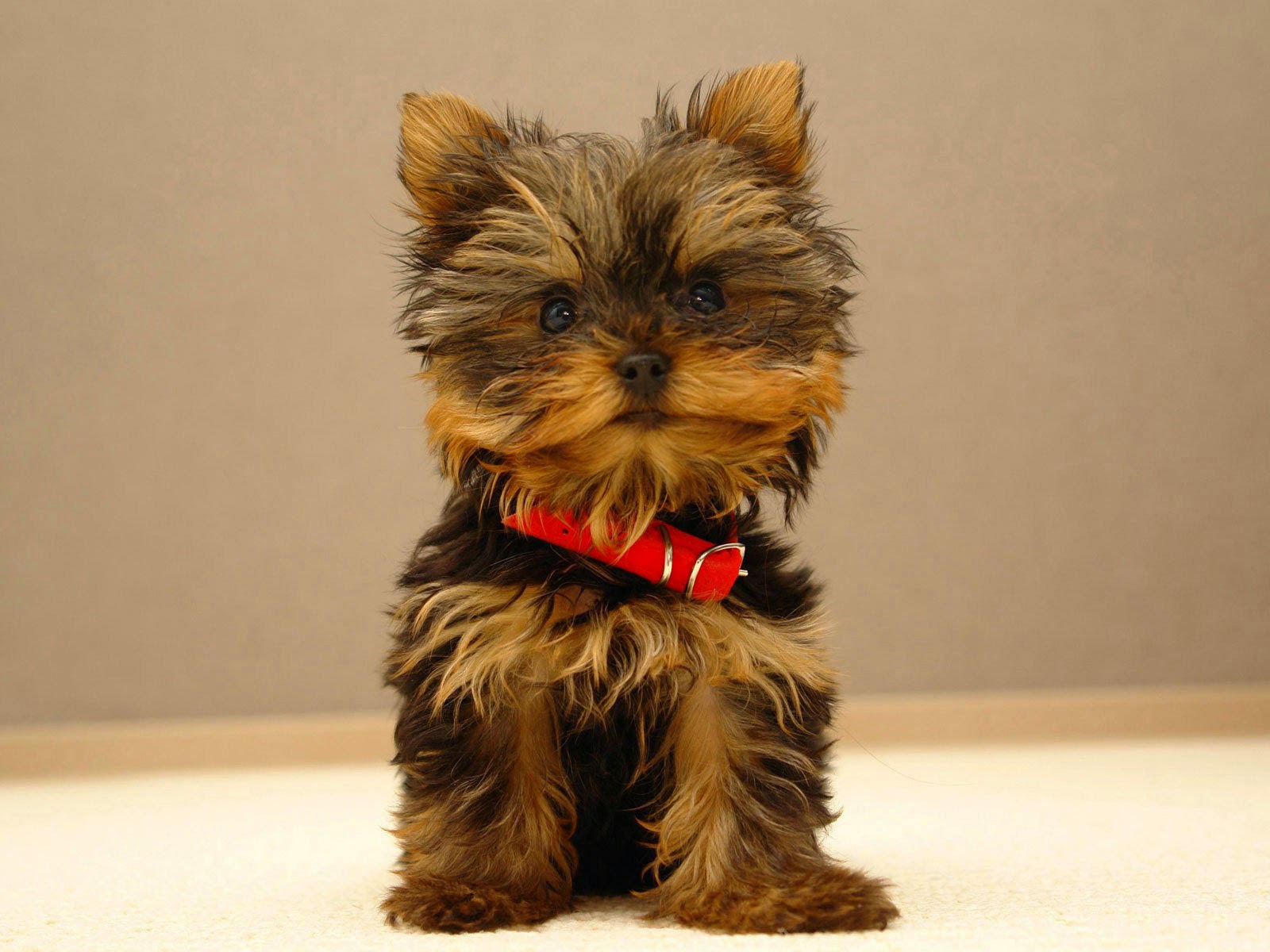 Yorkshire Terriers– They are often termed as Yorkie. They are the tiniest of the terrier breeds available in the market. Their forefathers come a long way from 1800’s. They are often used in dog shows and their ability to train well makes them the most attractive breed among the others in the dog shows. They are admirable and most of the owners just love them.

Story of Loyalty: A Yorkshire Terrier named Smokey was the first therapy dog! While recovering from an injury during World War II, a U.S. Navy corporal was given a Yorkie by a friend. Not only did little Smokey have an uplifting effect on his owner, he also helped the other soldiers who were recovering from their injuries. Dr. Charles Mayo began taking the little pooch along on his rounds to brighten the soldiers’ days.